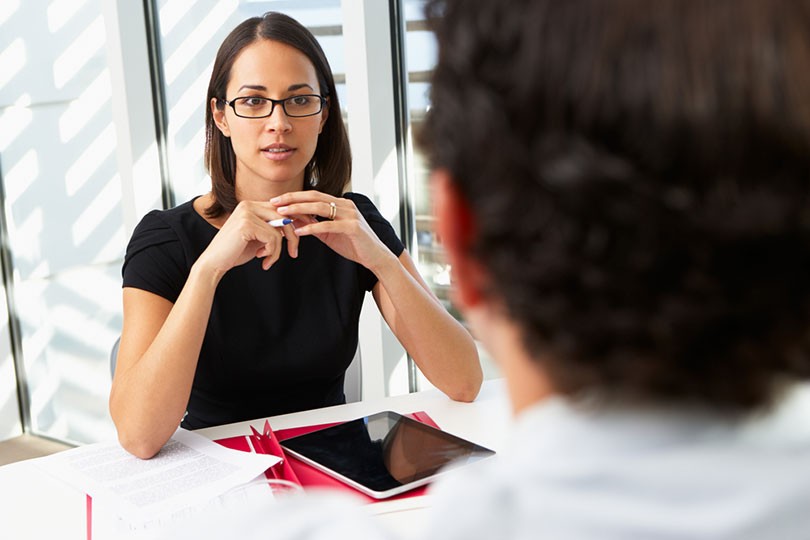 Dr. Andrew Chamberlain, Chief Economist at Glassdoor.com, has advice for the interview-averse among us. And it’s not just you—they’re a lot more intense than they used to be! Maybe you used to get called in based on a cold call or a particularly appealing resume, but now the average job interview process lasts 22.9 days, not the former 12.6. Companies are more demanding, and the interviews are more rigorous and could involve presentations, puzzles, tests, or on-the-spot problem-solving.

The good news is, the more exacting process can be positive for candidates. Those tough interview questions might benefit you later. A tougher interview is associated with a higher job satisfaction rating later on—maybe this is because employees feel like they “earned” it, but I think it’s more likely that companies were able to identify traits they really valued and select the best possible candidate.

Think of it a little like dating—if you’re just meeting for drinks at a bar, you’re relying on small-talk to know if you’ve just met the life partner who will help you survive the zombie apocalypse. If you invite someone on a bowling/rock climbing/ice skating date, you’re going to know their skills, their strengths, their competitive instincts, and their response to physical stress. Which second date would you rather go on?

2. A detailed application process puts expectations on the table.

You can tell a lot about what a company wants by where they ask you to focus your energy during the application process. All of their questions are tied to specific work they’ll likely ask you to be doing; work backwards from the question to make educated guesses about the kinds of scenarios they’d be hiring you to handle. You’ll know what they’re looking for, and if that’s something you want to provide.

3. The harder the process, the more they’ll value you.

When a company asks a great deal of you during the interview process, it should tell you two things—they regard this job highly, and they’re willing to expend resources to make sure they can depend on you. This should also give you a healthy appreciation for your own value—you must have something impressive to offer if they’re this invested in making sure you’re a good fit for their company.

Remember to keep your positive attitude and a fake-it-til-you-make-it confidence at the forefront, even if demands seem excessive or more than what you bargained for.