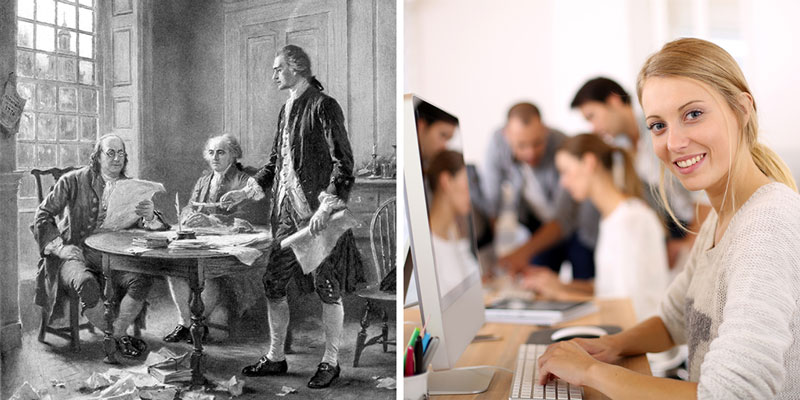 With 200+ years of innovations and changes since July 4th, 1776, some of the same jobs were just as important then as they are today.  Let’s take a look at how they have changed since the United States of America declared its independence. 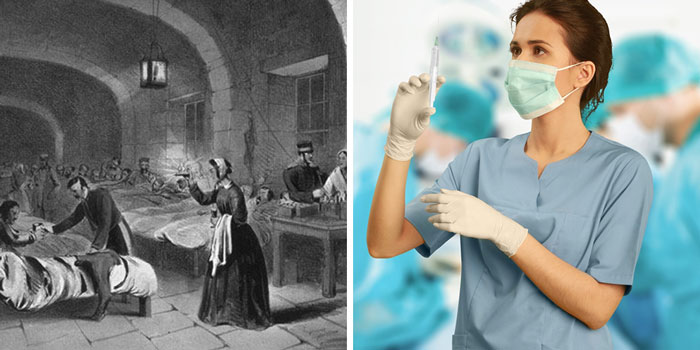 During the Revolutionary War effort, nurses were in high demand for the military to mend the sick and wounded, earning 2 to 4 dollars per month.  Today, with the U.S. healthcare industry nearing $3 trillion and integrating with modern innovations in technology, a myriad of opportunities continue to grow in healthcare.  While specialized education is often required, competitive salaries follow those who pursue it. 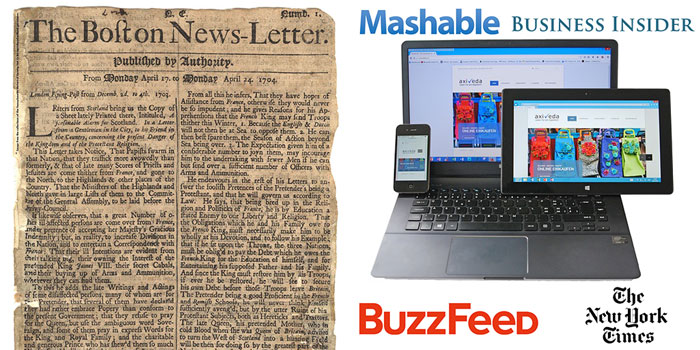 John Campbell brought us The Boston News-Letter in 1704, the colonies’ second paper which lasted 72 years.  Same as today, nearly every town in colonial times strove to have a homegrown publication.  The internet has completely revolutionized news media with an ever growing number of devices and publication mediums, and in some cases, completely free and available to the public. 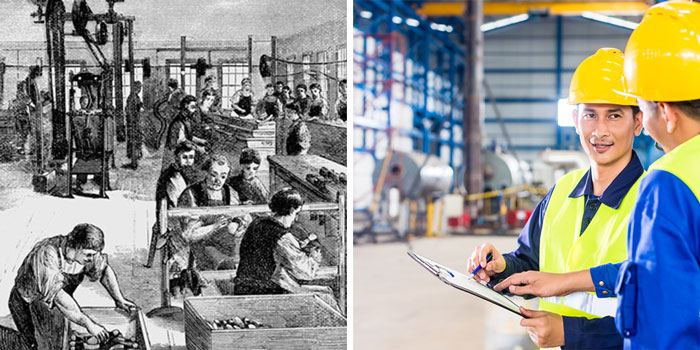 On the cusp of the industrial revolution, the American colonies began with simple textiles and hand looms to what would today become the world’s second largest global manufacturer.  Some of the top manufacturing sectors in the U.S. currently include chemical, machinery and energy. 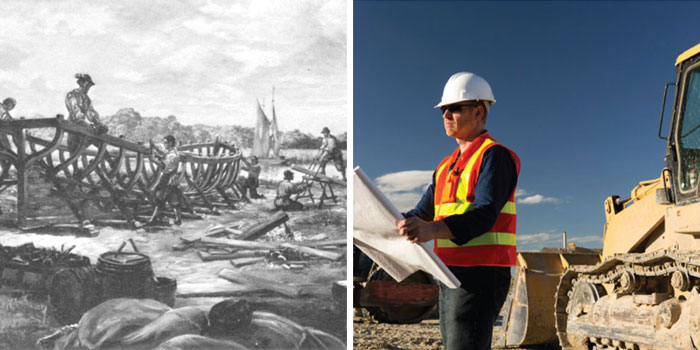 During colonial times, ship building was a large sector for carpenters and builders.  Homes and buildings used primarily brick, wood and stucco.  Today, the construction industry in the U.S. employs over 7 million workers in commercial, residential, aerial and naval sectors and showing steady growth since 2008. 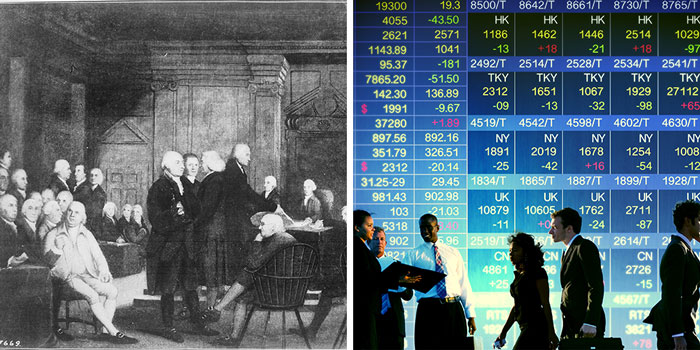 The Continental U.S. largely financed the Revolutionary War through loans from the French government and other foreign allies, leaving control to the political elite of the Continental Congress.  Today, the complex finance industry represents nearly 8% of U.S. GDP, with leaders headquartered in cities like Charlotte, Atlanta, Omaha and Minneapolis. 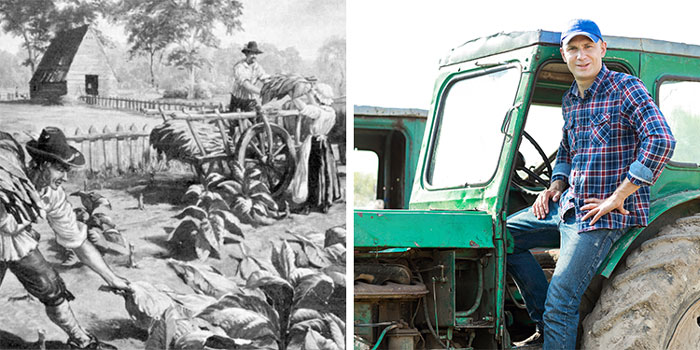 Always an integral part of American industries, farming was just as important then as it is now.  Most Americans during the westward expansions had farms to support their families and service small local markets.  Today, American agriculture is a $70 billion industry expanding across the country and serving to feed the entire globe.

Ben is currently pursuing an MBA from Baruch CUNY in New York City and is social media marketing intern at RealMatch. He has worked as a freelancer in many different artistic capacities of performance, composition and copywriting.