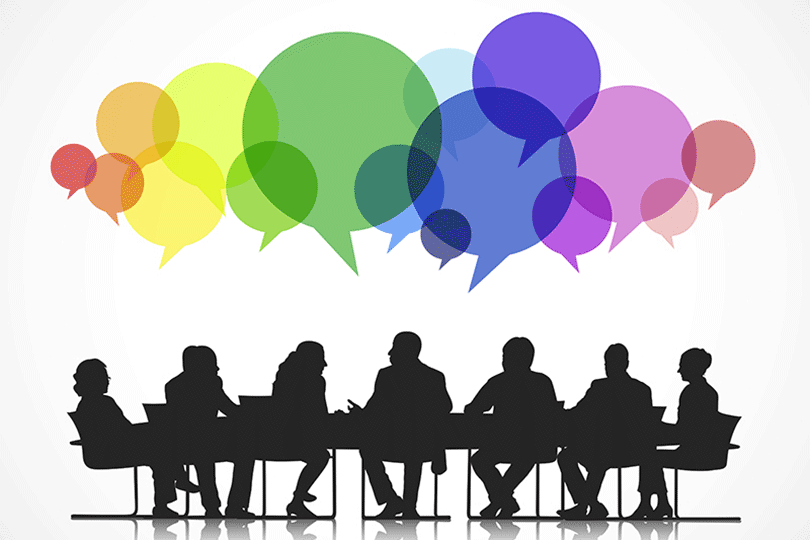 For those of you who, like me, dread the “networking” phase of job searching, here are some reassuring suggestions! It’s easy to dread the forced nature of “networking” or the awkwardness of feeling like you’re fake-interviewing someone who couldn’t care less about your background or ambitions but there are benefits to networking. That being said, here are 3 reasons why you should network.

The advantage to letting someone get to know you is that they’ll remember you when it’s time to fill an open position. If you share some original ideas or have a meaningful conversation about something you’re passionate about—without the agenda of a job application—you’ll stay in their mind because of how well you click.

At the same time, you also have an important opportunity to learn something crucial about the person you’ve just met, so that at some point in the future you can help them with their professional endeavors.

2. Networking Can Improve Your Social Skills

Think of a networking opportunity (also known as “meeting someone socially with whom you have professional interests in common”) as a chance to gain three things, as Herges puts it:

3. You Can Network Without Even Trying!

Here’s my favorite networking experience I’ve ever had—it took months to unfold and some lucky timing.

In the course of my regular Twitter use, I started chatting with a musician named Matt; he invited me to swing by a birthday party he was having. There, I struck up a conversation with Karen, a writer and freelancer, and we became friends on Twitter. A few weeks later she invited me to a bowling meet-up, where I started talking with Michael, a fellow Mets fan who was also a social media director. Because we’d become friends, I saw when he retweeted a friend of his who was seeking copywriters for a TV sports comedy show, and I got the gig (which remains one of my favorite freelance gigs I’ve ever had).

It goes on! A year later when a colleague and I were out for a lunchtime walk, he mentioned was looking for freelancers on a writing and editing project; randomly my friend Karen happened to cross our path just a few minutes later. I introduced them and recommended my friend Karen for the project, and they’ve been working together ever since.

I didn’t go into any of these encounters—the Twitter conversations, the birthday party, the bowling, or the walk—expecting to get a job; but I did hope I’d meet fun people, and it turned out they were people I’d like to work with sometime in the future. Because I was just being myself, I made a much better impression than I would have if I was in “networking mode.”

Professional strategies can help you clarify your goals, but there’s no substitute for getting to know people in a low-stakes scenario.