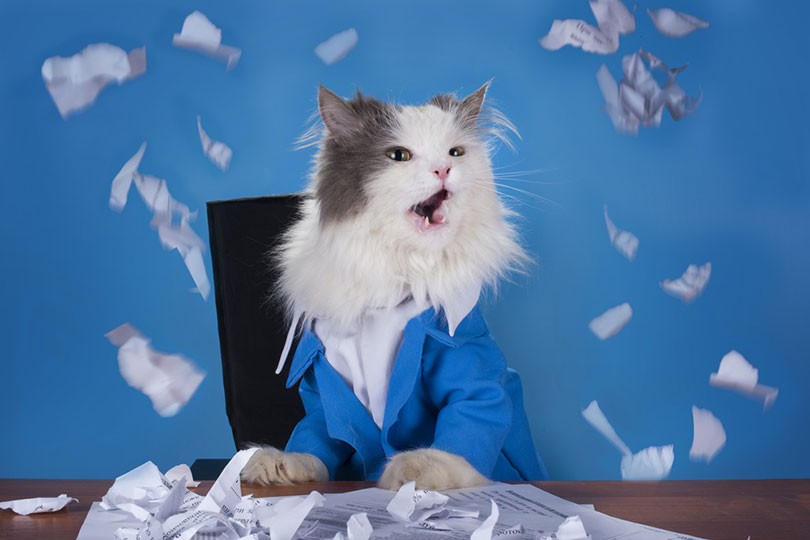 Jill Jacinto, HuffPo’s “Millennial Expert” has some suggestions for handling outrageous boss requests that cross the line from demanding to ridiculous. It’s harder than it sounds!

At my first editorial assistant job out of college, they hired an executive who didn’t understand that my job was supporting the whole department—he was used to having a personal secretary and didn’t realize that I was not there to manage his calendar or handle his lunch order. But I couldn’t just say “sorry, you’re out of luck.” I had to deftly navigate the intersection of the professional and the political—and you can do it too!

According to Robert Hosking, the Executive Director of OfficeTeam who spoke with Jacinto, it’s better to try to be helpful instead of pointing to your job description and shrugging. If it’s something way outside of your typical roster of tasks, it’s probably worth asking your boss after the task is done if you can clarify their expectations and priorities for your workflow.

If you’re at the bottom of the office hierarchy, it’s possible they’ll just add “gofer” to the list, but at least you’ll have directed their attention back to the job you were hired to do. You can also go to HR and ask them to mediate a discussion, particularly if you feel you’re being taken advantage of.

Stay Away from Negativity

Roy Cohen, author of The Wall Street Professional’s Survival Guide, suggests an anti-“Just Say No” response. If you refuse to go above and beyond, someone else probably will, and you’ll start to get a reputation as a non-starter.

If you decide you do need to turn down an ask, try responses that show you’re capable of compromising and also fully loaded with to-dos, like “I’m just now finishing up a project on deadline—if this request needs to come first, I can set it aside, just let me know if I should rearrange.” or “Is it possible to tackle this first thing in the morning? I can come in as early as you need me, but I have a prior commitment tonight”

With a boss who seems inclined to just keep piling on the demands, or worse, micromanaging how you fulfill them, sometimes it’s helpful to turn into the skid and ask for more clarification.

Try questions like, “And would you like me to do X? How should I approach Y? Can you take a look at this and tell me if I’m on the right track?” This serves a dual purpose—it lets them weigh in at every step so you don’t waste your time on something they’ll ask you to re-do, and it makes you enough of a pain that they may micromanage less.

Whenever I’m trying to decide if a request is reasonable or not, I try to mentally review the give-and-take dynamics in the office as a whole. If I’m in a company where the culture is to pitch in, I try to go with the flow a little more. If everyone else pretty much sticks to their lane and I suspect I’m being tapped as the youngest, or as a woman, or as most likely to be accommodating against my own self-interest, I might try to propose a compromise rather than just saying yes.

I spent some time at a very small nonprofit with a boss who was, to say it politely, very hands-on. I’d been responsible for compiling a video slideshow for our annual benefit, which was only a few days away, and the video editor we’d hired was late turning around a final cut. My boss insisted I make the trek to the editor’s apartment after work and deliver the DVD to her apartment, which meant staying late at the office and walking over to get it in the pouring rain, then taking an express bus uptown and arriving home close to 11.

I was wet, cold, and miserable by the time I had the DVD in my hand. To make matters worse, my boss wasn’t picking up the phone to confirm I should drop it off that night, so I finally gave up and went home.

My boss was leaving me furious messages by the time I got back to my apartment–despite the fact that she’d been unreachable. She told me I should have gone to another coworker’s apartment to view it–she didn’t even trust me to watch a 15 minute video! I quit about a month later. If it have been a larger office, or I had been older than 22, I would have tried some of the other strategies before I gave up–but sometimes unrelenting inappropriate requests are a sign that you’re working in the wrong office.