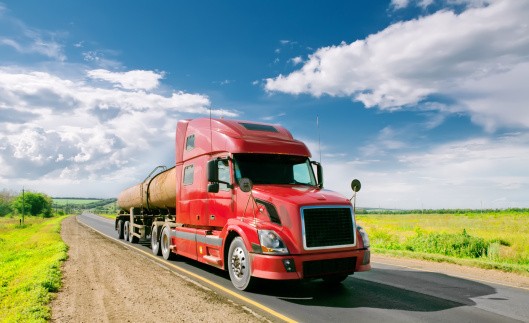 The call of the open road beckons to millions of people every year. How do many of them answer? By accepting jobs as truck drivers. While the hours may be long, there are many benefits in truck driving — including job security. After all, the vast majority of the world’s goods are transported over roadways, and drivers are the ones responsible for making that happen every single day.

But all truck driver jobs are not created equally. Wondering which are the best gigs? First, it’s important to understand that the term “best” is relative. Is your priority to gain access to the fabled trucker lifestyle or shorter hours? Big money or additional career enrichment opportunities? Let’s take a look at a few of the main truck driver jobs, along with how to get a leg up when it comes to landing a position.

According to the United State Department of Labor’s Bureau of Labor Statistics (BLS), there are currently more than 1.7 million heavy and tractor-trailer truck drivers on the roads. And with a job outlook of 11 percent during the 10 year period between 2012 and 2022, workers in this industry can expect to remain in demand for years to come.

If you’re looking for a decent salary with minimal educational requirements and training, look no further. These drivers — responsible for transporting goods between locations — make an average of just under $40,000 a year with no college degree required. Top drivers, however, can earn up to $60,000!

Most trucking companies require that drivers attend professional truck driving school. Once hired, they may also undergo a short term of on-the-job training. Every long-haul trucker is also required to have a commercial driver’s license.

If you’re thinking of going this route, keep in mind that it’s generally considered to be a lifestyle choice as much as it is a job. Why? Because drivers are on the roads and away from home for extended periods of time.
Despite these personal costs, a long-haul trucking job answers a lifetime of dreams for many drivers.

Not interested in a life of traveling the country’s highways and byways? There are trucking jobs for you, too, although opportunities may become less plentiful in the years ahead. There are currently more than 1.2 million delivery truck drivers, but the job outlook is not as strong with just five percent growth — less than the national average — projected over between 2012 and 2022.

According to the BLS, delivery truck drivers make an average of just over $27,500 a year and require only a high school diploma or its equivalent.

Like long-haul trucking jobs, delivery jobs also include transporting goods, but in a more local context. In addition to simply driving the truck, some delivery workers also have additional sales responsibilities.

Also, keep in mind that this delivery truck driving involves far more than just the behind-the-wheel part of the job description. Delivery truck drivers also have significant physical responsibilities, such as loading and unloading trucks, as well as handling paperwork.

While this category doesn’t pertain to a specific type of truck driver, it’s worth mentioning because of the many perks that go along with getting a union job.

These drivers typically make the most money while also reaping the best benefits, such as overtime pay, sick leave, and insurance. While union dues may seem costly, the advantages are also strong.

If you love to drive, don’t mind long hours on the road, and are looking for a stable job with a decent paycheck and relatively secure outlook for the future, the trucking industry may be for you.