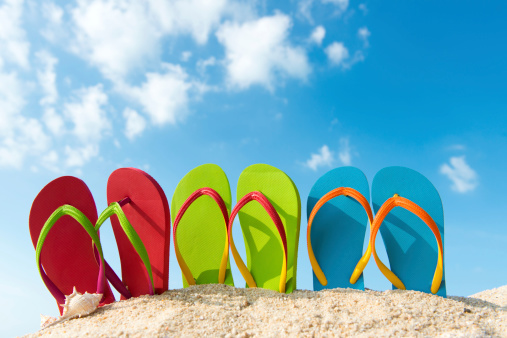 From lifeguarding at the local pool to mowing lawns, most adults have fond memories of the summer jobs of their youth. But is this generations-old tradition going the way of the dinosaur? A recent report from JPMorgan Chase (JPM) indicates that it may be. Let’s take a closer look at this phenomenon, along with what it means for this year’s crop of employment-seeking teens and young adults.

The 411 on Youth Employment

JPM’s January 2015 report, “Building Skills Through Summer Jobs: Lessons From the Field,” reveals some unhappy statistics: less than half (46 percent) of young people who sought out summer employment in 2014 ended up landing jobs. This decline was consistent across nearly all industries.

But it’s not just lack of jobs that’s the problem. It’s also a decline in youth employment in general. Over the past 12 years, there has been a near 40 percent drop in summer youth employment, with just over a quarter of young adults holding paid summer jobs in recent years.

The outlook grows even more grim based on findings that economically disadvantaged youth, in particular, are even more impacted by the employment shortage.

More Than a Loss Of Jobs

While the loss of jobs in itself is concerning, another factor is equally unsettling: the loss of skills which would otherwise be acquired on the job. After all, the expression goes that the “best way to get a job is to have a job.” And with the American workforce already facing a shortage of qualified workers, this decline in opportunities will only further slow the pipeline of trained employees into the workforce.

Unfortunately, the situation is something of a vicious cycle. While some of the job cuts may pertain to the replacement of workers by technology and the hiring of older works, a report from the Federal Reserve Bank of Boston, “Uncertain Futures: Youth Attachment to the Labor Market in the United States and New England,” yields another reason: a shift toward job openings which require more experience and skill than the typical high schooler brings to the table. But how can they be expected to develop these experiences and skills without a job market willing to take a chance on them?

While in the past the government has funded skills training programs, growth of these initiatives has stagnated in recent years. According to JPM, the solution is for employers to begin designing summer jobs focused on helping American teens and young adults gain the skills they need to succeed. To that end, JPM is in the process of investing $5 million over the next two years in summer youth programs within several American cities to support the growth of youth talent.

But in the meantime what should teens do who are looking for work? Lennon recommends the importance of networking — from friends and family members to online job boards. And while finding these jobs may not be as simple a matter as opening up the “Help Wanted” section of the newspaper, perseverance offers significant payoffs — both for young adults and the economy their talent and experience will fuel.