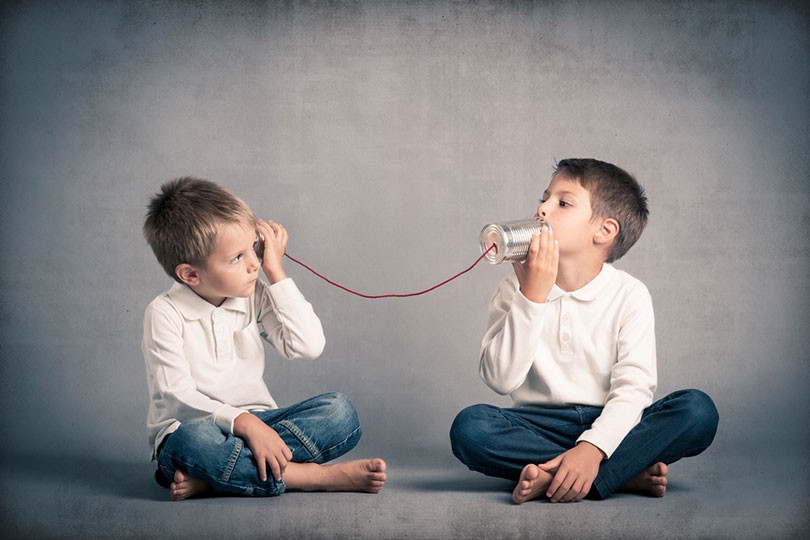 It’s a logical tendency to use business slang for workplace interactions—you’re seeing the same people and having the same meetings, so obvious clichés creep in from time to time. Here are a bunch you should work to eliminate.

I’m guessing what you mean here is “convince” because even cults probably find this cliché distasteful by this point.

“Break down the silos”

Are you a farmer trying to get your harvest consolidated? No? Find another metaphor.

Gertrude Stein would say “There is no there there,” but this literally means nothing.

“Do more with less.”

Double down on trite and add a dollop of vagueness for this one. Be specific! Be measurable! Be meaningful!

Ah the sports metaphor. You’re not fooling anyone with that tiny putting green—this is work, not golf. Even “cue it up” is less contrived. Ditto: “Par for the course.”

Unless you’re having a conversation in an email you soon intend to continue  over the phone or in someone’s office (and remember to be precise about when), a meeting is not “online” so having a different meeting is not “offline”. Similarly“Let’s circle back” and “This is a hard stop”—say what you mean without resorting to dusty, imprecise phrases.

Do any of your employees know what a paradigm is? Are you really introducing a new model or pattern? If so, why not just introduce the new thing? This is a placeholder for a real idea.

….what? Why? Climate change concerns aside, how is this helpful? What insight is it meant to provoke?

If you were a customer, would you want to be visualized this way?

We pay for things out of our pockets because that’s where our wallets are. If what you mean is “out of office” or “unavailable”…why wouldn’t you just say that?

Are you a geologist? One who studies earthquakes?

Think of retiring this one as your contribution to dismantling gun rhetoric in the United States. It refers to the practice of biting a bullet in lieu of having anesthesia during surgery. How is this something you want emulated in your workplace?

“Run it up the flagpole.”

Is it possible you mean “test” or “try out” or “send to a focus group? Would you actually learn anything from suspending your idea in the air? How many ways to wave are there, really?

“On the cutting edge”

I feel like The Sharper Image took this phrase down—even the newest most exciting technology isn’t really “on the cutting edge” anymore.

“Think outside the box.”

Yawn. Thinking inside the box would be more surprising than a corporate supervisor bringing this one out of mothballs.

“Peel back the layers of the onion.”

Maybe it’s getting close to lunch time, but either way swap this one out for “Take a closer look.” Delete “drill down,” “unpack,” and “double-click” from your repertoire too.

This one makes me cringe because what you mean is “synthesize” with an overlay of technobabble.

(Okay, probably nobody says that last one at work but it’s my very favorite reality trope.)

And lastly, the one I have the most personal investment in—stop using workplace “catchphrases” that have an offensive or appropriative meanings! My mom is one of two American Indian employees in her office, and still occasionally hears “Let’s pow-wow about this later” and “She really went off the rez.” You are having a meeting. A MEETING. You can tell because it’s in a conference room and not in a sacred ceremonial space accompanied by drumming and other traditional rituals. And as for “off the rez,”  “going outside of expectations” is not the same as “escaping from the forced housing communities your people were driven to after years of exploitation and genocide,” if you really think about it.

Also throw on this pile of outdated and offensive phrases, “indian giver,” “open the kimono,” “gypped,” “chink in the armor,” “peanut gallery.” If you don’t know why, look it up. Make your workplace communication meaningful.