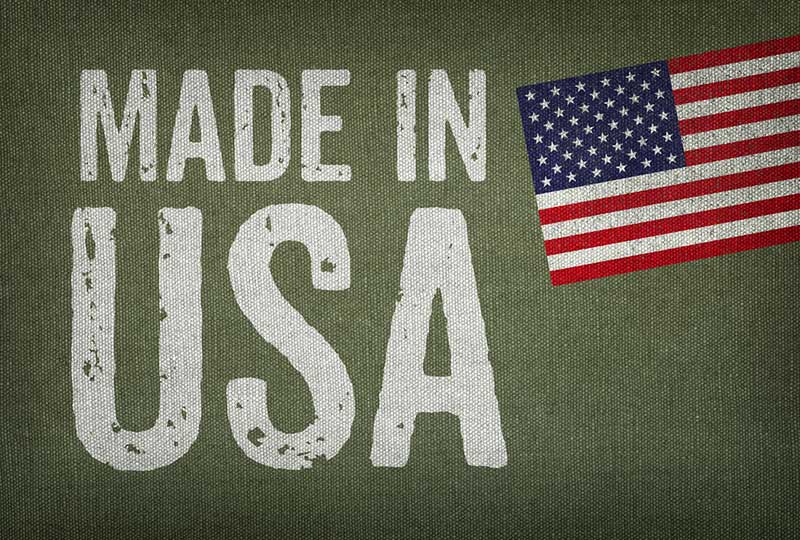 But it isn’t just the drastic drop in outsourced manufacturing jobs that is getting Americans excited. In 2014, MarketWatch estimates that nearly 60,000 manufacturing jobs were brought back to the United States in a trend being called reshoring. The net gain of 10,000 jobs in 2014 is giving many American manufacturers reasons to believe that the “Made in the USA” label is going to start showing up on a lot more products.

Why Is Reshoring Happening?

When American companies started to outsource their manufacturing needs to countries such as China and India, the wages in those countries were extremely low. As the American companies pump more money into those growing economies, wages are going up and the increased costs involved with shipping and tariffs are combining to make it much cheaper to make products in the United States.

Forbes Magazine also suggests that the instability in the economy over the past few years has made American companies hesitant to invest in the large amounts of inventory required to make outsourcing profitable. These days, American companies want to be able to buy only what they need and they also want to be able to make changes to their products to fit consumer trends. By making their products in the United States, these companies can cut down on the amount of inventory they need to invest in and make changes to their products in a cost-efficient manner.

American Pride Is Kicking In

There has always been a large contingency of the American public that prefers to buy products that are made in America and, according to Reshoring Initiative, the lure of profits tied to selling products made in America is becoming very strong with American and foreign companies. Even foreign manufacturers are building plants and hiring more workers to build products in the United States, which could mean a proliferation of “Made in the USA” around the world.

What Does The Future Hold?

One of the biggest proponents of the reshoring movement is Wal-Mart. Since Wal-Mart is the largest retailer in the world, it can often dictate the future of the manufacturing industry. According to the MarketWatch article, Wal-Mart plans to invest more than $250 billion additional dollars in products made in America. While most observers are not expecting all three to four million outsourced jobs to come back in the immediate future, then trends we are seeing indicate that manufacturing could be coming back to the United States in a very big way.

When economics team up with patriotism, you get a resurgence in an American industry that many thought was dying. With reshoring creating a net increase in the number of manufacturing jobs being created in the United States each year, it is starting to look like American ingenuity and hard work are being rewarded.