However, age is not the only factor that determines salary. The data below suggests that race is the largest factor in determining how much money you make, followed by gender. In 3 out of 5 age groups, Asians outperform all other races. Conversely, men outperform women in every age group.

This suggests age definitely plays a role but it is often influenced by other factors.

That being said, let’s take a further look at how age, race, & gender play a role in determining salary potential 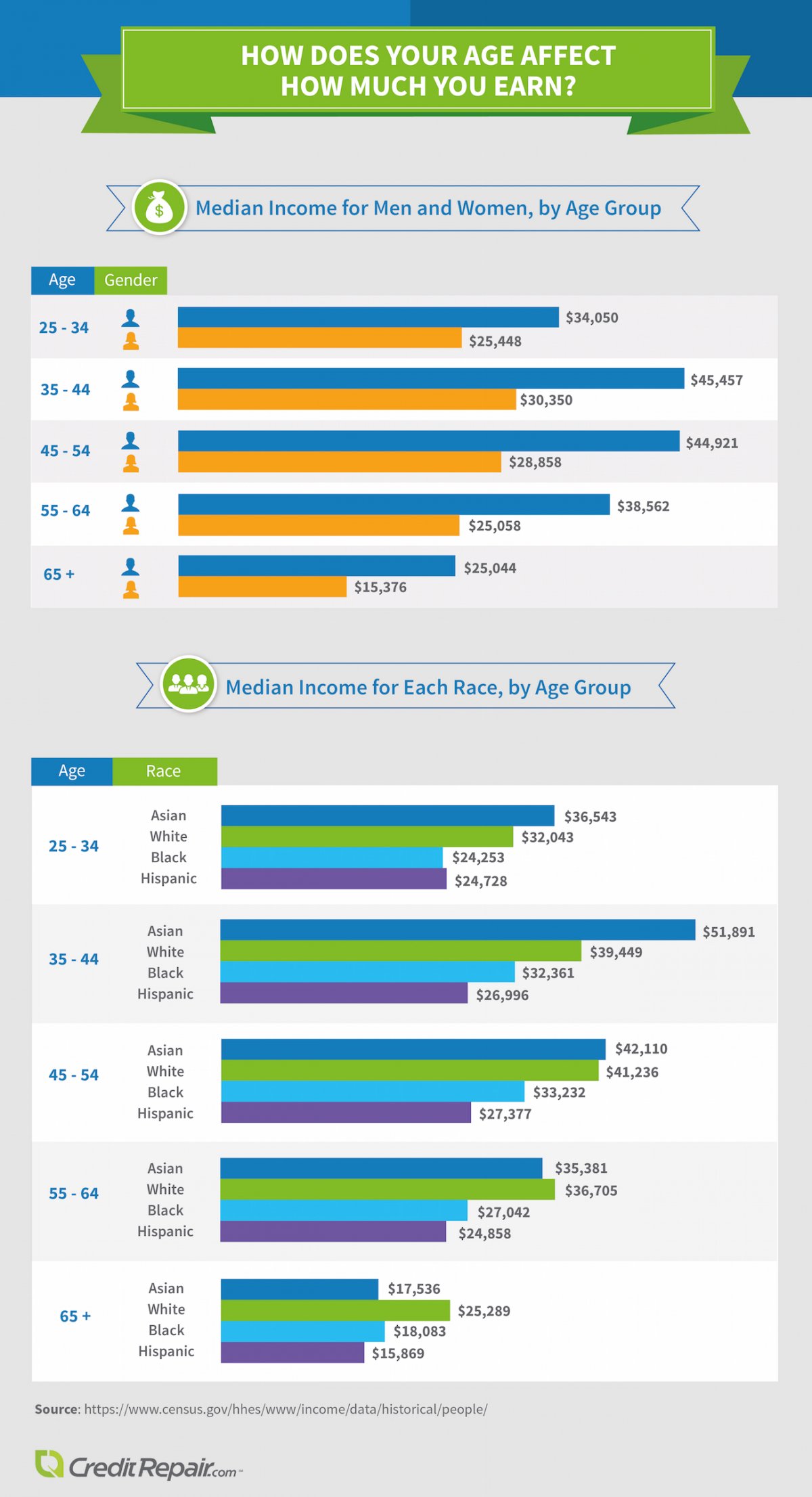 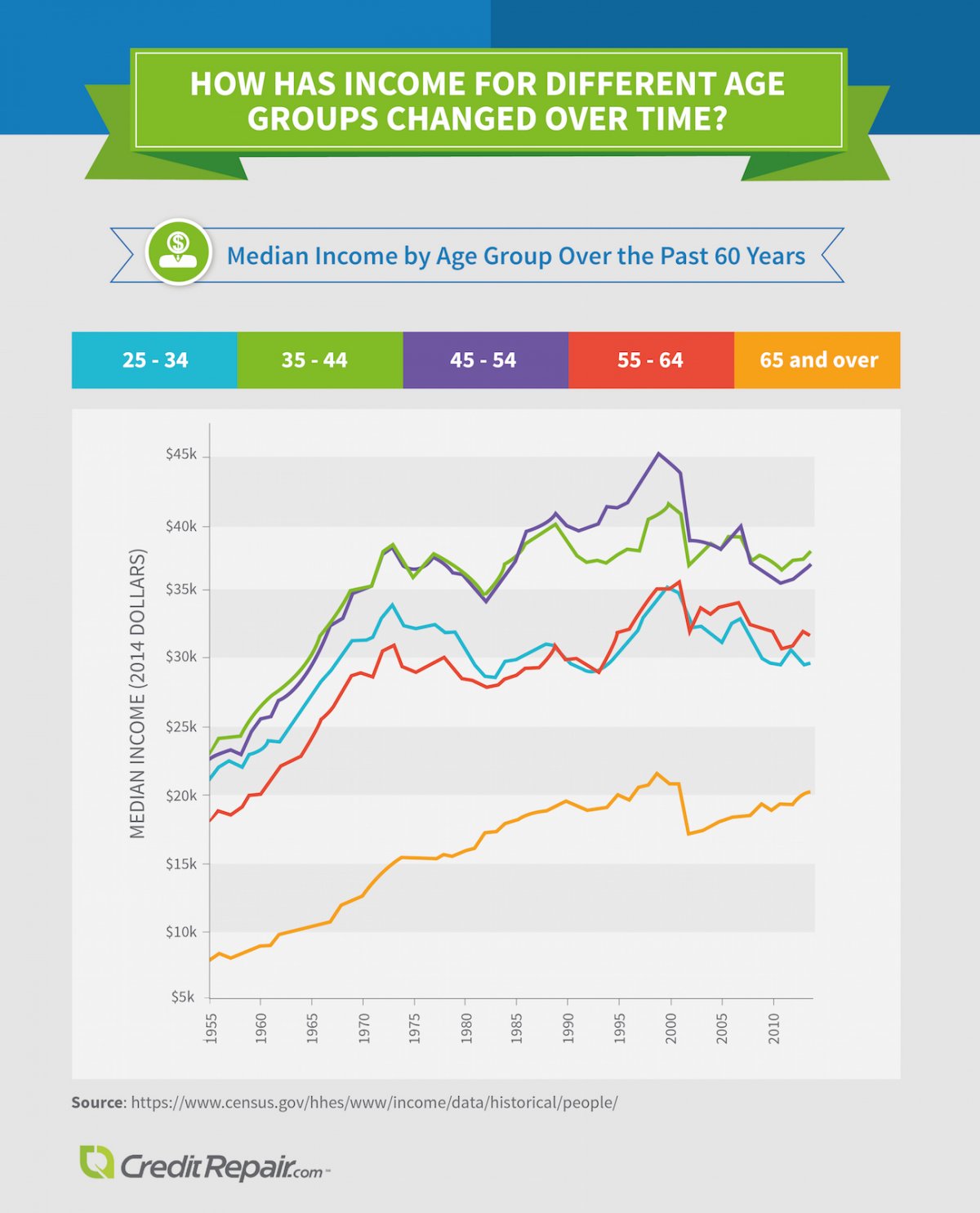