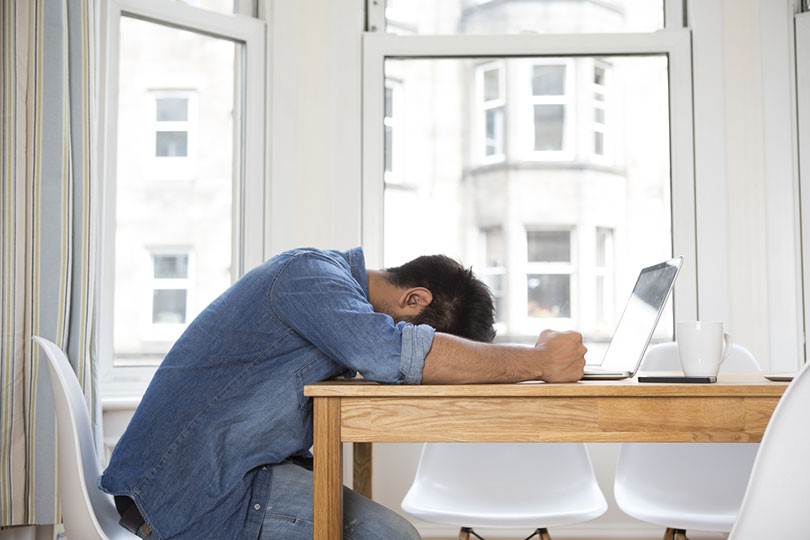 Sometimes being successful is a simple matter of not being unsuccessful—not making the kind of blunders and mistakes that unsuccessful people make. If it’s too daunting to try and mimic someone else’s success, try simply avoiding other people’s failures.

Here are 10 traits that describe people who rarely, if ever, get ahead. If one or two of these sound like you, see if you can tweak your habits. If you’re guilty of more than half, you’ve got problems, but at least you’ll know what needs to change!

If you can’t focus on the task, problem, situation, or conversation at hand, you’re going to fail at something, sooner or later. Don’t pick up your phone in the middle of a meeting. Don’t start checking Facebook when you should be finishing that report. Single-task until you get a single thing done. Then do the next thing.

Sure you’ve got great potential, lofty goals. Do yourself a favor and don’t broadcast them. Try keeping your cards closer to your chest. What you can broadcast is meeting those goals or achieving that success. Share when you’ve done something, not just when you’ve decided to think about doing something.

Don’t be a hater. And don’t let small day-to-day annoyances get you so down that you become that person that’s always complaining. Try to accentuate the positive, even in sucky situations.

Don’t delay doing anything unless you’re certain you could do it better if you did it later. Otherwise, you’re just stalling. Get it done.

There’s a difference between being tired and being a blob. Try to make sure you’re not constantly talking yourself out of doing things (work, going to the movies, exercise, helping a friend) because you just don’t feel like it, rather than a legitimate excuse. Try to always be doing something better with your free time.

8. They don’t want to learn

The day you stop learning is the day you fail forever. Keep an open mind about the things you don’t know, and keep pushing yourself. Be humble in the face of a world full of new information—and let some of it inspire you to greatness. Hard work is good for you.

Plenty of not nice people make it to the top. That doesn’t mean you will. Not being nice means you will acquire enemies, rather than allies. Be kind. Make friends.

If you give up, then, well, you don’t deserve success. Next time you hit a roadblock, try running through this list and see if there’s anything more constructive you could be doing—learning something new, making an ally, thinking positively, then find your way around the roadblock and keep going forward.